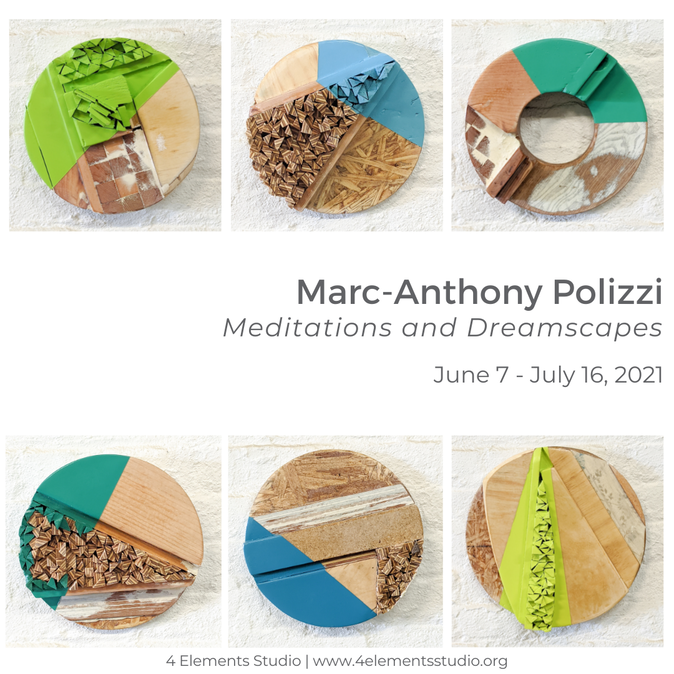 This exhibition is part of Marc-Anthony's multi-year "Finding Home" project; created during the 2020 COVID-19 lockdowns.

​Artist Bio
Marc-Anthony Polizzi attended PRATT at Munson Williams Proctor Institute of Art, The New York State College of Ceramics at Alfred University, and received his Masters in Fine Art from Tulane University in New Orleans. His education was punctuated by time spent as a traveling carnie, factory brazier, video store clerk, set designer, among other jobs. These diverse and happily demeaning experiences would later help shape his work. Also heavily influential was his time spent living in post-Katrina New Orleans and growing up in the rust belt city of Utica.

Polizzi’s work has been shown in cities across the United States, including Chicago, New York City, New Orleans, and Kansas City. He has also appeared in numerous publications from New Glass Review (Corning Museum of Glass) to Staging Spaces, Scenic Interiors (Gestalten Publishing). His current body of work further developed while in residency at Sculpture Space, a time which allowed him to establish new techniques and experiment with paint, texture, and form. He currently works out of his studio in Utica.

Artist Statement
"My work uses a process of reconstruction and unification to examine the domesticated chaos of the post-consumer world. This area where the relatively ordered and relatively disordered coexist and interact might seem like a contradiction, considering the more austere and violent sense of chaos. However, it is in this gray area in which I construct my work. These installations draw on the history and narrative properties of found objects, to bring out the human connection often lost in the glimmer and glitz of an ever-growing material culture."